Mark Kirwan lives in a 2-bed semi-detached property on ‘The Ferns’ development in Wythenshawe.

Having lived in privately rented properties in the Telford area for some time, Mark was keen to live back in the Manchester area, where he was ‘born and bred’ and close to his beloved family.

He found that renting was getting more and more expensive and at the time he was spending over £600 for a two-bed property, which in Mark’s words was “an investment with no return”.  Desperately wanting a home to call his own, Mark decided to re-think about his situation and spending habits.

Mark decided to move into a flat in a high-rise building to help him save some money.  His rent was lower than before but was still high for a one-bed flat, however, this gave him the best opportunity to save.

Mark experienced a number of life-changing events, including the loss of his job, securing a new job with a drop in salary and his mother was very ill and had to live with him.  This was an extremely difficult time for Mark, however, instead of giving in to the negativity that surrounded him, he decided to make some positive life changes.

Whilst living in Telford, Mark lived in a ‘share to buy’ property, however, did not stay long enough to qualify to purchase a property.  This is where he first heard about the Shared Ownership scheme and decided that buying what he could afford to without overstretching his finances was the best way forward.  It sounded ideal for him, so he set about learning more.

Mark was keen to return to his roots.  His heart is in the Wythenshawe area and he felt that this is where he belonged and where he truly wanted to live.  His aim was to own his own property before he reached the age of 40.

Mark heard from a friend, who lived near to ‘The Ferns’ development, that properties were available at the site, and he did not hesitate to make contact with the team at Garden City Homes.  He described his contact with Garden City as “exceptional with a warm, welcoming approach and a genuine, helpful service”.

Mark loves the location, close to his family and excellent local transport links.  He talks excitedly about the modern style of the properties and his ambition to own one.  Having viewed one of the properties, he was pleasantly surprised at the size and layout of the rooms, the available storage space, a garden of his own and the high specification of the beautiful kitchen.

Being able to ‘staircase’ as part of the Shared Ownership scheme and buying more shares in his home when he can afford to, was a huge advantage to Mark and due to the increasingly high cost of renting, he knew that this was the best option for him.

Mark moved into his property in July 2019 and was overjoyed. He finally had a home to call his own, which was affordable, comfortable and near to his family.

From the time you step into Mark’s home, you can see the pride he has taken to make this his special place.  A keen gardener, with a shared allotment area close by, Mark is keen to grow some plants and vegetables in his own garden in the future.

He has no hesitation to recommend the Shared Ownership route, which he has already done so to some of his friends.

Beatrice Asamoah and her husband were delighted to be able to move into a brand new, two-bedroom apartment on the Scholars Fields development in Wythenshawe

Shaya Tabatabai lives in a 2-bed semi-detached property on the Scholars Fields development in Wythenshawe. 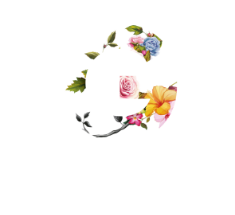